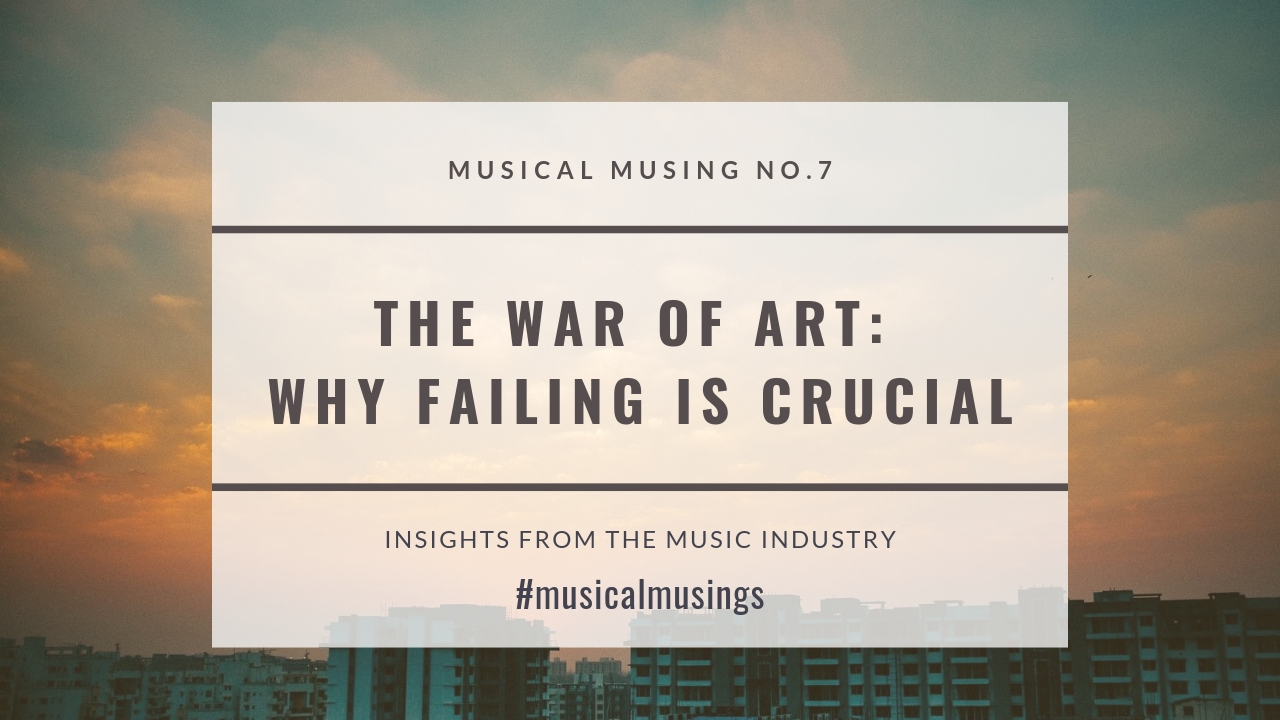 The War of Art – Why Failing Is Crucial

For years I worked in marketing and would tell people that I really wanted to be a music producer. Yet I rarely actually sat down to produce music. I said the all right things but did nothing.

The reason for this was fear. I was so scared of not producing a masterpiece when I sat down to write, that I wouldn’t try.

I was petrified of not living up to my own highly set standard. 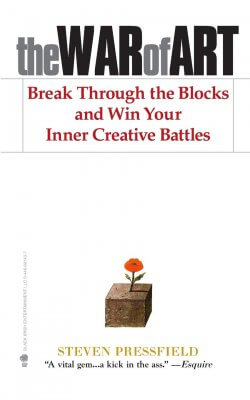 It may seem really obvious now, but it wasn’t to me at the time.

It’s what Steven Pressfield, author of ‘The War of Art’, calls “Resistance”.

That universal force that holds back creativity. Procrastination, fear, anxiety, self doubt etc.

“The most important thing about art is to work. Nothing else matters except sitting down every day and trying.” Steven Pressfield

I have never studied composition. I did a crash course in music production over twelve evening classes and that’s it. The rest of what I have learned is a result of trial and error (and maybe a few too many YouTube tutorials).

I’ve basically spent the last ten years failing. And I don’t mean that in a negative sense. I’ve spent ten years learning. And most of that learning comes from the mistakes rather than success. After all, what is experience other than a series of mistakes from which we learn?

If you haven’t read “The War of Art” I seriously recommend doing so, if only for the chapter on Resistance.

Being a freelance creative (musician, composer, producer) can be a very daunting prospect. But don’t let the fear hold you back. You have to start somewhere.

Because if you want to become a professional creative you are going to have to start failing and be completely ok with it.

Recommended reading: The War of Art

Find That 1 Person Who Can Launch Your Music Career