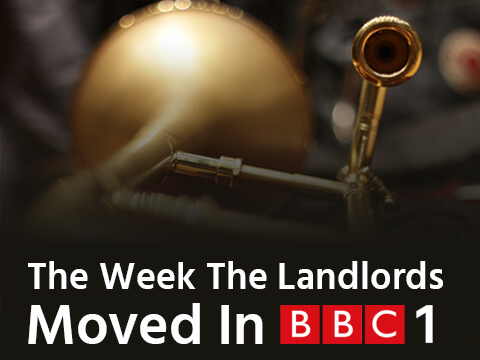 FeaturedMusic for TV and Film

The Week The Landlords Moved In

The Week The Landlords Moved In is a “life swap” format show on BBC 1 whereby landlords get to live in their own properties for a week. And on their tenants budget.

Composing Music for “The Week The Landlords Moved In”

I was commissioned to compose the music for the series. “When a Plan Comes Together,” is featured below. It is a behind the scenes look at the recording of the track originally intended to be the title sequence for the show.

Scroll down to listen to some of the other tracks

The music brief was something that felt “quintessentially British” and with a slightly “quirky” feel. Brass band was my first thought, although a traditional brass recording would be more suited to a Yorkshire mining documentary. 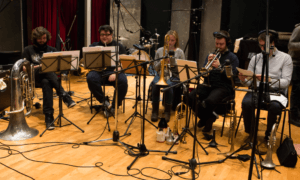 So the plan was to record brass but use modern music production style. I’d also give it a more accessible primetime TV feel. Composing music for TV often requires toning down any given genre to make it feel TV friendly. Throughout the demo phase the tone evolved. It became less “quirky” and “british” and more “serious”.

We wanted to create a distinct musical personality for the show that would reflect the interesting personalities within the programme. The music would help support these characters and create a unique tone to the film.

One of the challenges of composing the music for “The Week The Landlords Moved In” was writing the cues before I’d seen an actual episode. Some might argue that this is dangerous territory. But I also like to think that a conversation with the decision makers in order to understand their creative vision will yield all the necessary information. I could then tap in to that vision and write some great music. So after a conversation with Emily Smith (series producer) and Bill Bailey (director) I felt well equipped. 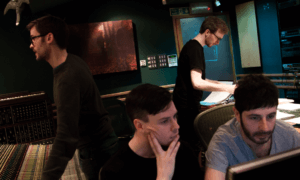 So from twenty plus demos we whittled it down to thirteen cues. Some quite jazzy and up tempo, other more reflective. I put together a brass super group comprising of Carol Jarvis, Tom Dennis, James Copus, Ed Ashby and Eddie Morgan. We headed to Assault and Battery II and got recording with engineer Marco Pasquariello. The band were incredible and after three intense hours we had twelve of the thirteen cues recorded. Thanks also to Jack Barton and Charles Secouri who helped with the score.

Below are the rest of the tracks. Enjoy

Film Score – Is It Becoming Cool?