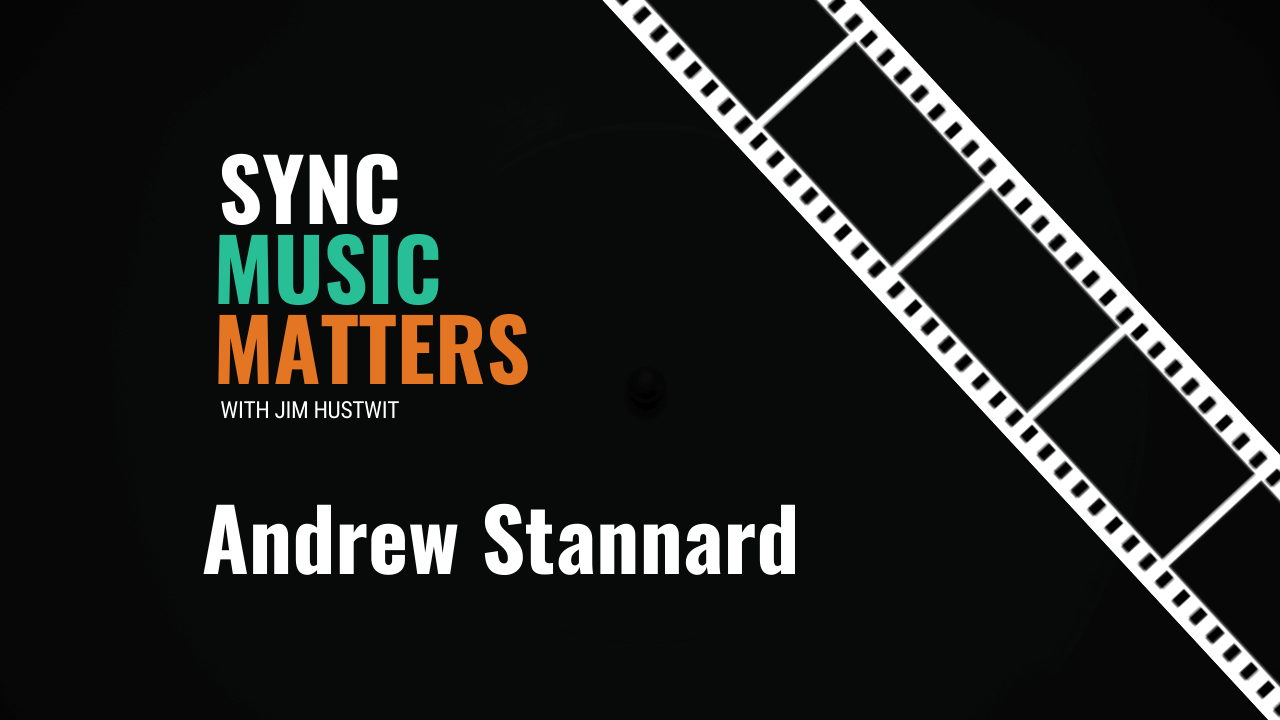 By Jim HustwitJanuary 31, 2022No Comments

In this episode I’m talking to Andrew Stannard, a senior producer at Universal Production Music (UNIPPM)

Andrew and I reveal our love for 80s TV themes and hark back to an era when big melodic hooks were an industry staple. We look at what makes a great production music track, from using unique sonic textures to splicing unexpected genres. Andrew brings some music trivia gold to the table with the revelation that one of Hollywood’s biggest composers wrote a TV quiz show theme.

Andrew has worked in Production Music for over 20 years, starting off as a music supervisor for Zomba, moving into sales for BMG before joining the production department at Universal.

He’s produced countless albums in all manner of genres and has worked with seasoned media composers as well as beat makers, electronic producers, and specialist composers.

I know Andrew through my work on the Filmic Folk production music albums I did for Universal. Essentially combining traditional folk instrumentation with cinematic strings.

As well as producing new music for Universal Andrew Stannard looks after an archive of old recordings on the Bruton and Chappell labels. He has supplied samples to artists like Danger Mouse and Disclosure and through this, had a hand in the worldwide number on hit record ‘Crazy’ by Gnarls Barkley

Kylie Minogue – I Should be so Lucky

Barry Stoller – Match of The Day