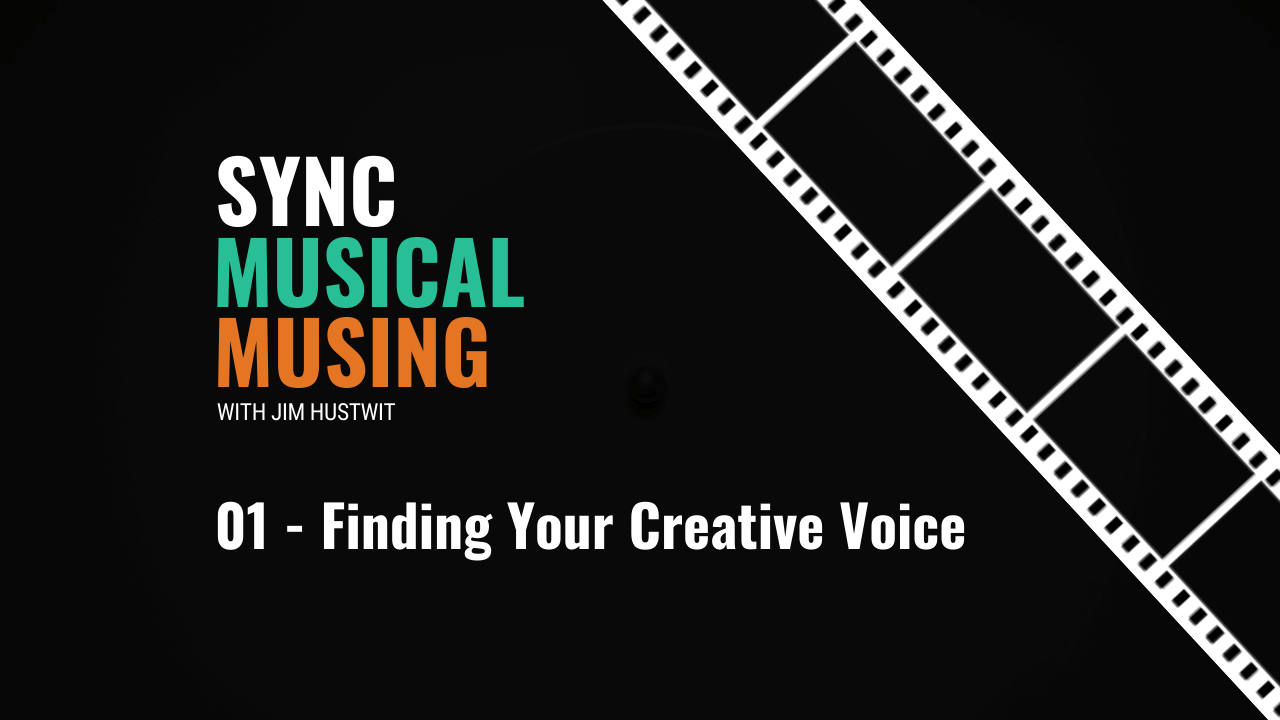 During the course of my podcast interviews, I keep coming across the notion that composers have a “unique voice”. Indeed this is true of any artist

In episode one Stephen Warbeck talks about your creative voice being a part of your personality that shines through in your music. Stephen tells the the story of director Phillip Kaufman requesting “music as mad as you are” of Stephen

In episode 2 Todd Baker talks about his days at college where he felt that certain students had a very distinct creative voice early on. He on the other hand, spent his college years perfecting the technical side of writing, producing and mixing and then went on to develop his unique voice.

Can You Ever Have a Truly Original Creative Voice?

Some people may question whether or not you can ever create a piece of music that is truly unique. After all there are only so many notes and so many combinations of those notes.

Creative coach Mark McGuinness believes that the art which we consume throughout our lives will go a long way to influencing how we create.

But everyone’s influences will be different and it’s actually the nuances between those influences and the way that we draw on them or combine them that ultimately creates something unique.

Is that unique combination of influences our creative voice?

There is a great quote from DeadMau5: “every music producer copies, good producers copy in new ways”

Finding vs Hearing Your Creative Voice

Creative coach Peleg Top introduced me to an interesting distinction.

“You don’t find your creative voice, you hear it.”

This really resonated with me because it reframes your creative voice as something that it is already within you rather than being something that you have lost or need to find.

It’s intrinsic rather than extrinsic.

So now instead of looking for my creative voice and I’m listening for it.

But in listening for my creative voice the tendency is to listen to the end product. Trying to identify subtle nuances that define my voice but I wonder whether that is flawed.

I wonder whether hearing your creative voices is less about the final product and more about the way we approach being creative in the first place.

In episiode three Isobel Waller-Bridge reveals that she is rarely thinking of how the musical will sound in the end but rather what’s her emotional staring point?

I have always said that writing music, whether it be for tv and film or commercial release is about eliciting emotion in the listener.

The more emotion that we can draw on when writing, the more likely that music is to move someone emotionally.

Look at Adele. Every album she releases goes to number 1. Aside from the fact that she has an incredible voice, what is it about her music that captivates listeners around the world?

I believe that when she writes and performs she channels so  much emotion into her songs that it moves people on a different level.

Sure we can create intellectually and this is a very valuable skill but if that is combined with writing emotionally, then maybe that’s where we find the magic.