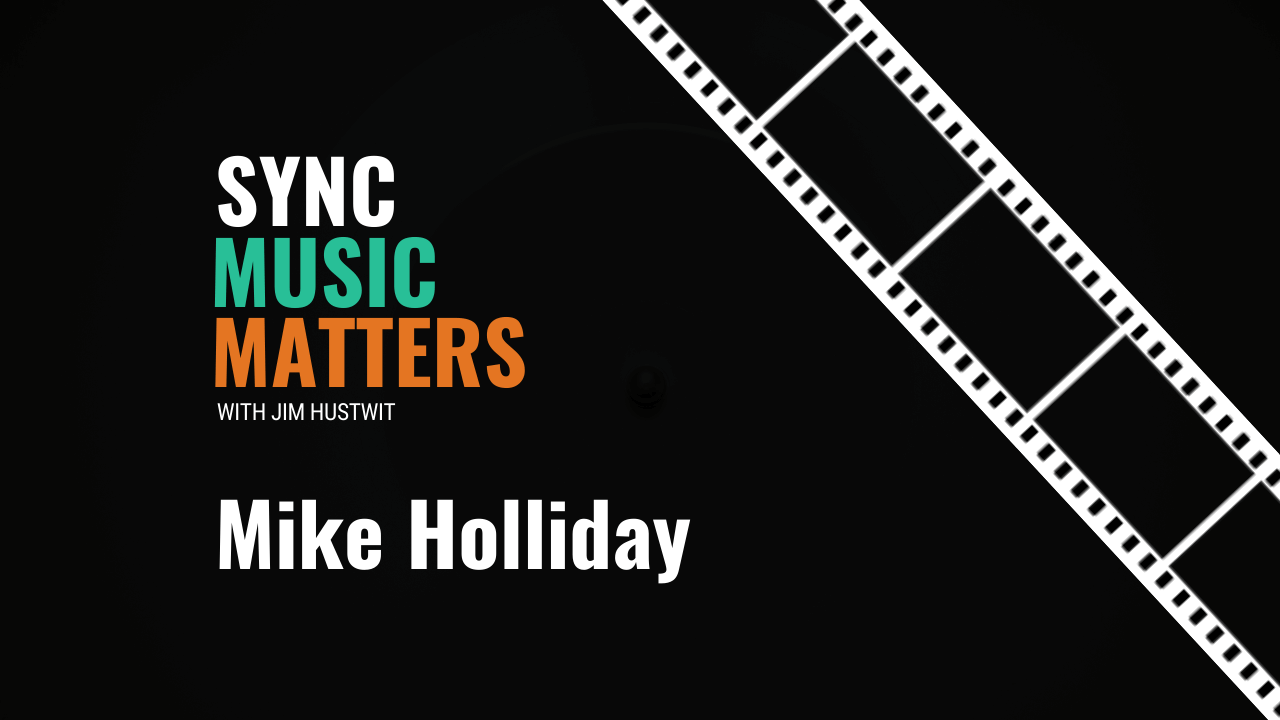 In today’s episode of Sync Music Matters I’m talking to RTS Award winning Editor Mike Holliday. Mike has worked on plethora of high profile comedy productions including Horrible Histories for which he received a BAFTA on behalf of the production team, The BBC’s hit comedy Ghosts, CODE 404 for Sky, The BABY for HBO, Dead Pixels, Man Down, Yonderland, Drifters and The Reluctant Landlord to name but a few.

Editors are often auditioning music and making creative choices with regard to what, where and how music is used in any given TV production. As such I’m very keen to talk to them and understand their process.

Mike talks about how he auditions and uses music which is invaluable for anyone who has an interest in having their music used in TV and film.

He reveals some of the many parallels between composing and editing including the critical importance of rhythm and always being in service of the production as a whole. That and the fact that whether you are making music or editing footage we love revelling in the “nerdery” of it.

We go Under the Skin of Ghosts and Code 404 and talk about how bands like the Red Hot Chilli Peppers and Rage Against The Machine have shaped his musical perspective.

We also touch on the forgotten 80’s classic The Man with Two Brains, and the Rotheram Born comedy duo the Chuckle Brothers which he was editing when he first started out.

Rage Against the Machine

Stevie Wonder – Songs in the Key of Life

TV Film and Directors that have Inspired Mike Holliday

Jim Hustwit is a composer and music producer