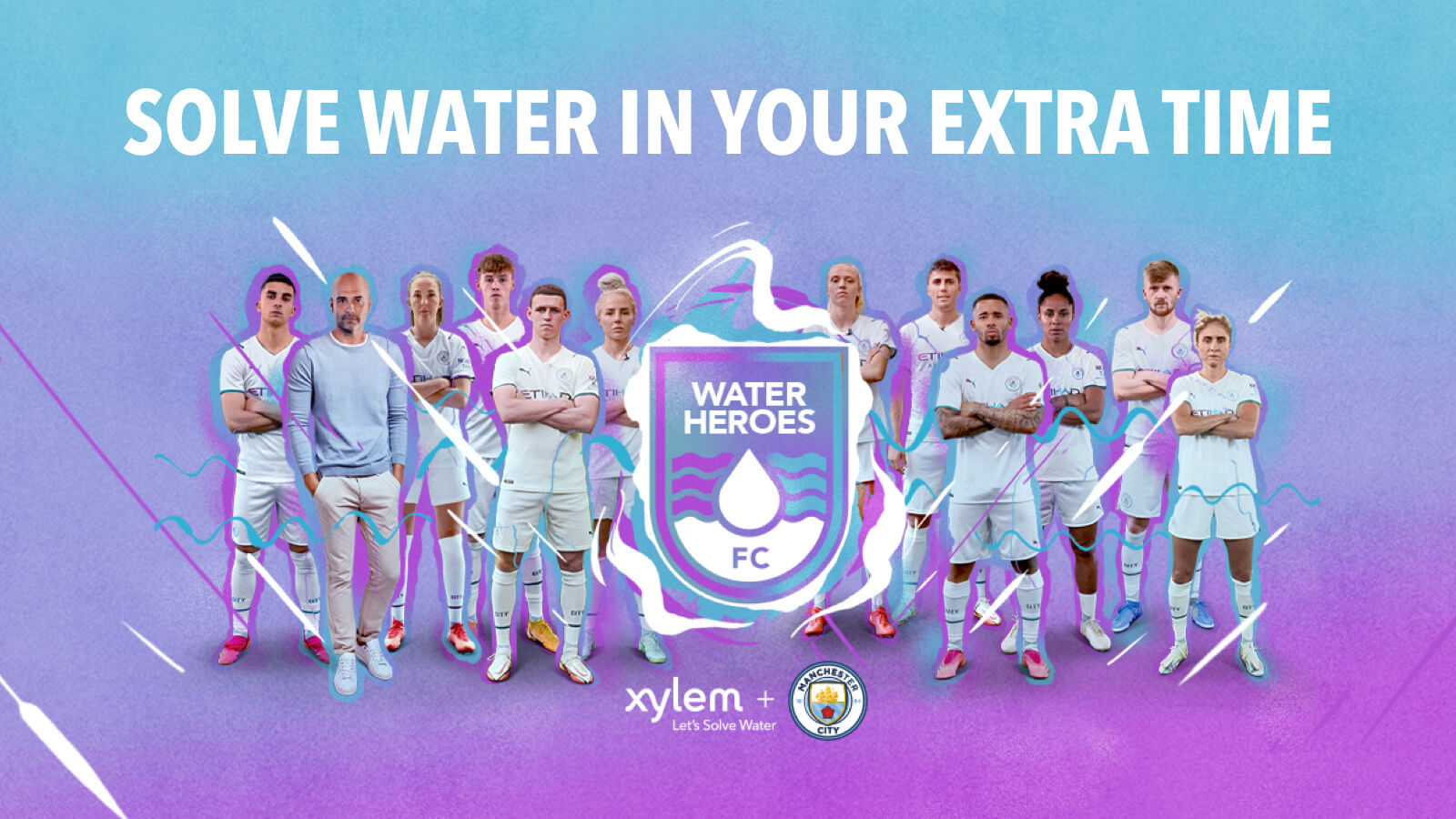 By Jim HustwitOctober 21, 2021No Comments

It’s very easy to get complacent and overlook our impact on the environment.

I’ve recently moved from London to the green fields of Oxfordshire and the difference in air quality is notable. It makes me wonder what the impact of breathing polluted London air for the last sixteen years might be.

I’ve even noticed an improvement in my mental wellbeing since being surrounded by nature rather than concrete.

What use is housing to a planet that can’t support the population?

And at the current rate of population expansion, by the year 3000 there will be 300 billion people on planet earth.

So when a music production job comes along which champions environmental awareness, I have an additional level of personal enthusiasm.

What is Water Heroes FC?

Many people, particularly in developing countries, do not have access to clean drinking water. And it’s predicted that by 2025 70% of the population will face water shortages. Water Heroes FC is an initiative that leverages football to educate young people about these global water challenges.

It’s a combined initiative between Manchester City football club and Xylem, a US based water technology company.

The Water Heroes FC campaign in the UK is fronted by Pep Guardiola and a host of Man City players including Phil Foden, Gabriel Jesus and Ferran Torres, as well as WSL players like Caroline Weir and Demi Stokes.

They encourage people to get involved with local initiatives and have even coined the term “Plogging” which is essentially picking up litter whilst jogging.

You can find out more and get involved here: Water Heroes FC

The Water Heroes FC music brief was all about blending modern and traditional. It’s a youth driven initiative so needs to appeal to a younger demographic whilst also encapsulating a sense of heroism.

After all, the campaign is celebrating the heroic efforts of people who make a stand for environmental change.

So the main track is somewhere between future bass and hip hop with an orchestral twist. A driving beat with big sidechained synths and some soaring strings and brass.

The rousing orchestral section towards the end is befitting of a superhero movie so creates a real feeling of triumph and heroism.

I love it when the worlds of music and sound design collide and the boundaries between the two become blurred. Given the water theme I’ve incorporated the sound of water droplets throughout.

With the obvious association with football there are lots of crowd noises and big claps to capture the excitement of being in a football stadium.

The principal track has then been meticulously edited so that it works hand in hand with the imagery. The music ebbs and flows around the visuals and dialogue to create a sense of journey and I drop the music in key parts so that the dialogue shines through.

This approach creates an increased level of audience engagement beyond what could be achieved by simply having a piece of production music underneath.