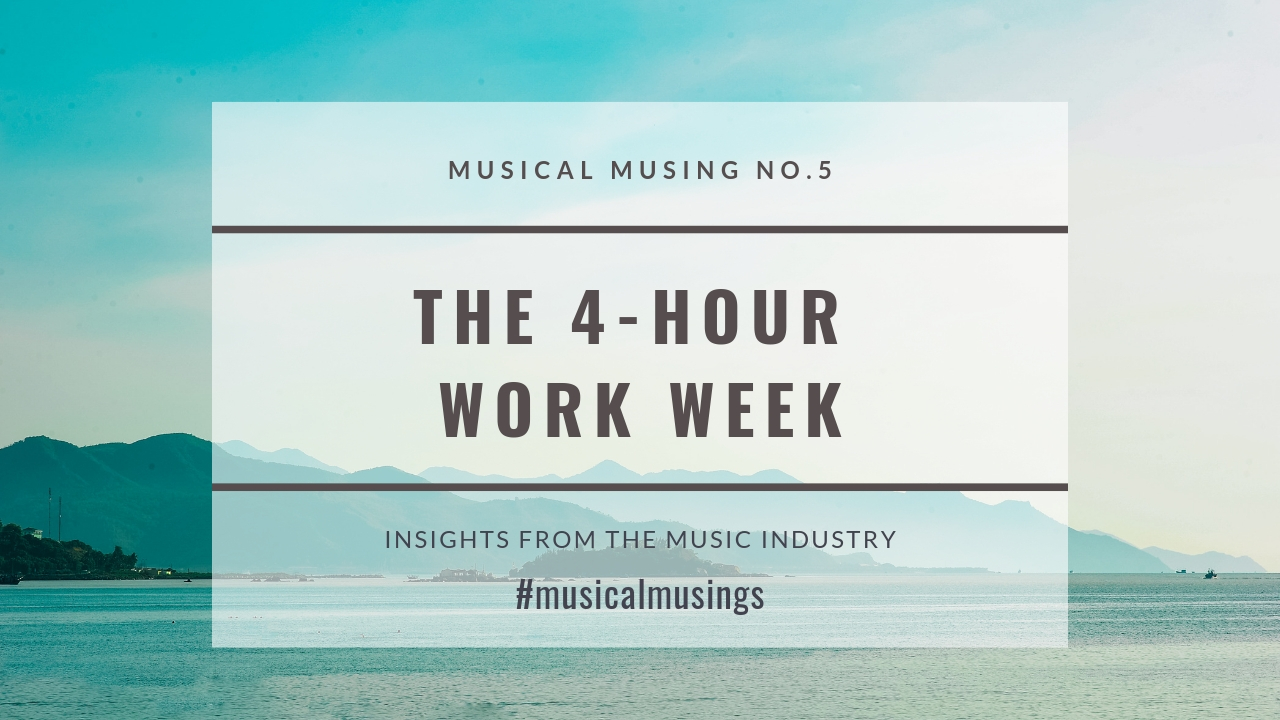 Every so often a book comes along which changes my way of thinking and ultimately my life.

“The 4 Hour Work Week” by Tim Ferriss is one such book. 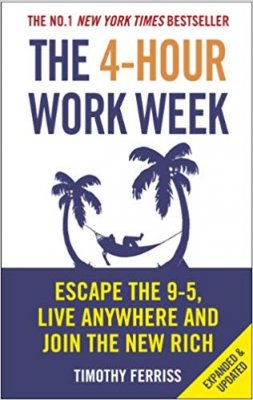 As the title suggests, it looks at working practices with a view to freeing up the most valuable resource we have. Time

Whilst the book is not specific to composers, artists or music producers, there are lots of interesting and applicable principles.

One of the the key learnings for me was drawing a distinction between being “Efficient” and being “Effective”.

“Effectiveness is doing the things that get you closer to your goals. Efficiency is performing tasks in the most economical manner possible. Being efficient without regard to effectiveness is the default mode of the universe.”

So you can be efficient but ineffective if the task doesn’t get you closer to your goal.

It’s an interesting principle to apply to any aspect of your work but let’s apply it to self promotion which any artist or freelance composer has to do.

So as an artist you have your EP recorded, the photo shoot and artwork is all done and the music video made. As a composer you’ve got your website up and your latest showreels in place

The artist spends hours everyday contacting blogs in the hope that they will feature his/her music. The composer is contacting directors, production companies and advertising agencies.

Your process is super efficient. You have a set template email, you record each email. Who it was sent to, when you sent it and when you should follow up in the event that you don’t hear back (highly probable).

But are you being effective? You can have great system in place but unless you are targeting the right people it’s ineffective.

If you are using a generic email template for every submission, people will spot this and probably dismiss your email outright. Ineffective.

To make this process more effective the artist would need to contact blogs that feature similar artists. The composers would have to contact production companies that use composed music. Effective.

Also do some research on the recipient and tailor your email. A considered and thoughtful email is much more effective.

Or consider this, is it more effective to make a phone call? Emails, if they land in the right place, are easily ignored or overlooked. Phone calls less so. It’s also much easier to develop a rapport over the phone than in an email. If you then gain permission to email the relevant person, they will be expecting it and thus more likely to action it.

Whilst the title of “The 4 Hour Work Week” is a little idealistic (Tim tested several titles in Google Ads and found this to be the best performing), and some of the principles aren’t directly relevant to creative professionals, there are lots of ideas which are very relevant to anyone running a business and it has helped me allocate my time more efficiently and more effectively.

So the goal is to compose a title sequence for a TV programme.

If I do that efficiently, I’ll come up with idea. Record great takes as I go. Spend time editing and mixing on on the fly so that when I’m finished I pretty much have the finished article. Efficient.

However, if that piece of music is my first idea and isn’t actually right, I’ve been ineffective. I’ve not achieved my goal.

Too many times to count I’ve spent ages on the production and mix of a piece of music when the original idea wasn’t actually right.

If however, I write several different ideas very quickly and identify that one idea in particular that works better than the others, I’ve been effective. I’m getting closer to my goal.

Arguably the second approach isn’t the most “efficient” but then effectiveness is more important because it’s goal oriented.

Now everyone has their own process and I’m not saying this is “the right way” but understanding the difference between effective and efficient helps me better allocate time and resources which on a day to day basis is invaluable. When you have tight deadlines even more so.

As an aside here I’d also like to point out that being efficient whilst making music can be very difficult. I can spend hours seemingly achieving nothing before finally hitting gold. Those seemingly fruitless hours whilst seemingly inefficient are all part of the process.