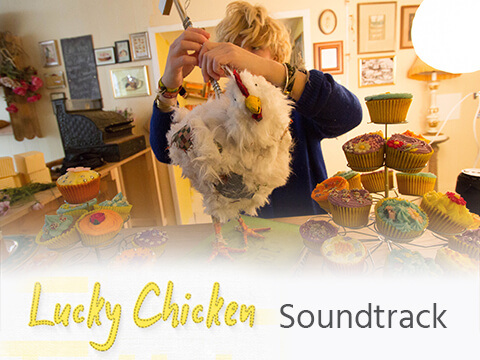 So back in September 2015 I received the synopsis for Lucky Chicken, a silent comedy short to be directed by Gulliver Moore. 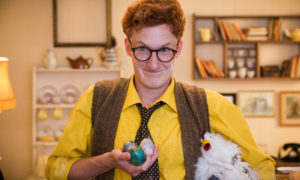 It’s the magical tale of a Butcher, a Baker, a Candlestick Maker and of course a Lucky Chicken.

I loved the script (if you can call it that given that it’s a silent film) so I set about creating musical ideas to bring the world and the characters to life. Lucky Chicken is a light-hearted comedy set in a non-specific time period in England. As such we wanted the score to have a timeless, quirky and fun feel to it.

The mandolin has a romantic and English feel to it so was the primary instrument for Charlie (our protagonist played by Will Merrick) and Mary. I used tremolos to create a dreamy feel to their world. Mary has her own theme which is generally played on piano.

The Butcher is our antagonist and as such has some sinister low frequency brass and accordion to reflect his dastardly ways. However he has a cheeky and comedic side to him too which is reflected with quirky organ.

Drums also play a major role in the film to maintain the energy and pace.

The film was beautifully designed, shot, acted and directed and so deserved nothing less than the best possible score. The tendancy with low budget films is to do everything in the computer to keep costs down. However that wasn’t going to cut it with Lucky Chicken so I went all out and recorded all live instruments. A huge thank you to the musicians Phoebe Wright-Spinks, Sam Edgington, Cris Castellitto and Santi Piqueras.

The result is a folksome jazzy soundtrack which you can have a sneaky listen to here. 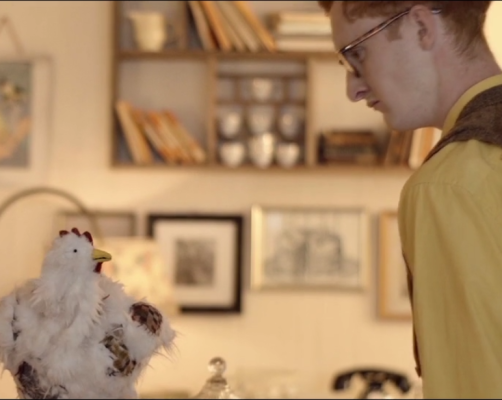 The Importance of the ROOM when recording Drums