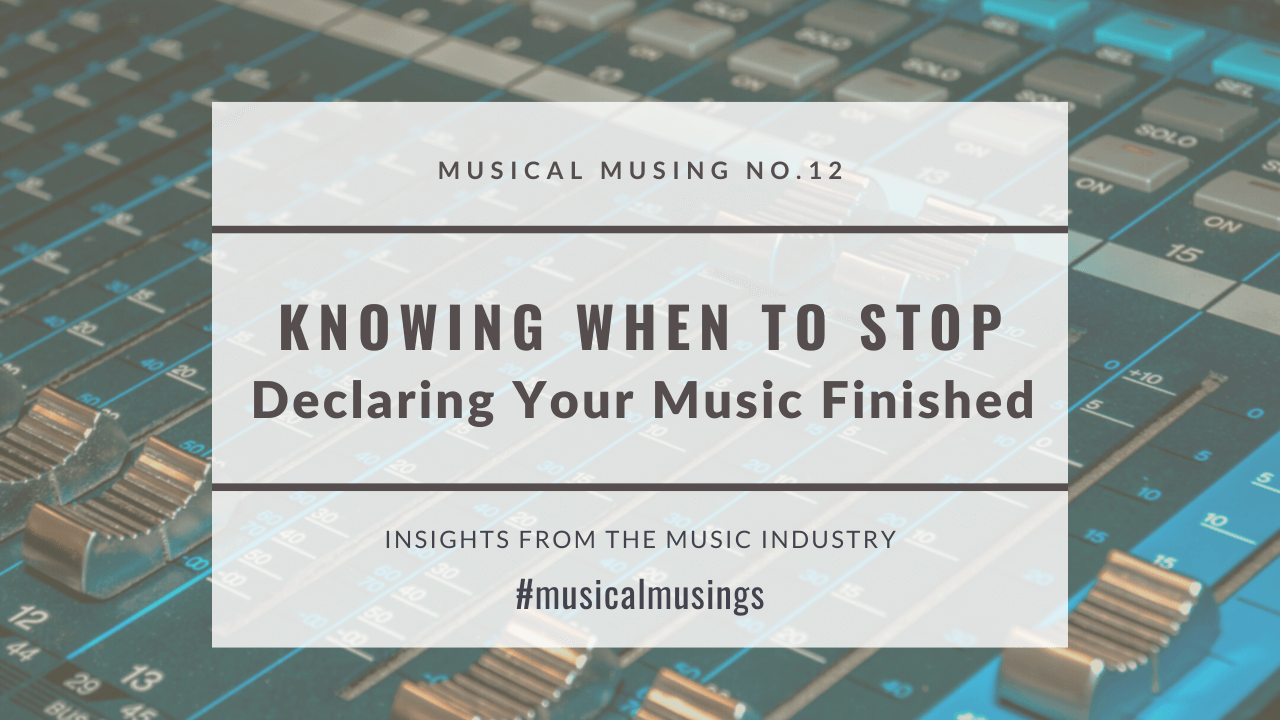 Knowing When To Stop – Declaring Your Music Finished

Not knowing when to stop. We’ve all been there.

You’ve spent hours working on a piece of music (or any art). It’s nearly finished but you decide just to make a few final tweaks. You edit those tweaks and then make a few more.

Before long, six hours have passed, you’ve forgotten to eat, and you can no longer hear the difference.

The chances are no one else will even notice the changes you made. 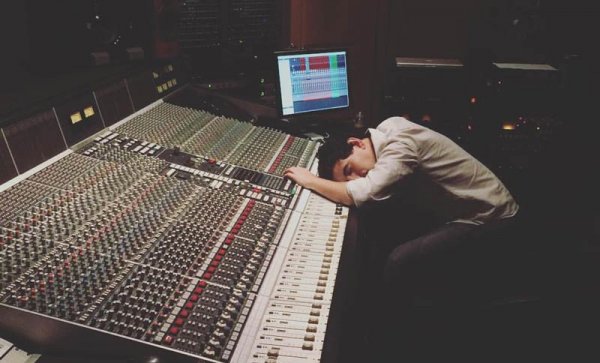 So when do you leave your creation alone? Knowing when to stop isn’t always easy.

With infinite resources you could go on improving your work forever but at some point you have to let go. It will never be perfect.

As a disclaimer, I don’t actually believe in “perfect”. It doesn’t exist. But rather I believe in the pursuit of excellence. I talk about it in my article about becoming a music professional

As Close as Necessary To Perfection

It’s necessary in terms of resource allocation i.e. your time and energy, but also your sanity. Knowing when to stop becomes a health issue.

The alternative is missed deadlines which is a sure fire way to ensure they won’t work with you again.

I had a project which was a six day whirlwind whereby I wrote, recorded, produced and mixed two pieces of music. At midnight on the night of final submission, on mix version 87, I had to draw a line. I could no longer hear what was going on and neither could the client. The deeper in you go, the harder knowing when to stop becomes. Arguably I should have drawn it sooner

Had I not called CNP, I fear I may have been working on it until 9am the following morning.

So the next time you find yourself labouring over minutiae on version 87 of a project… call CNP.

Jim Hustwit is a London based Music Producer, Songwriter and Composer.