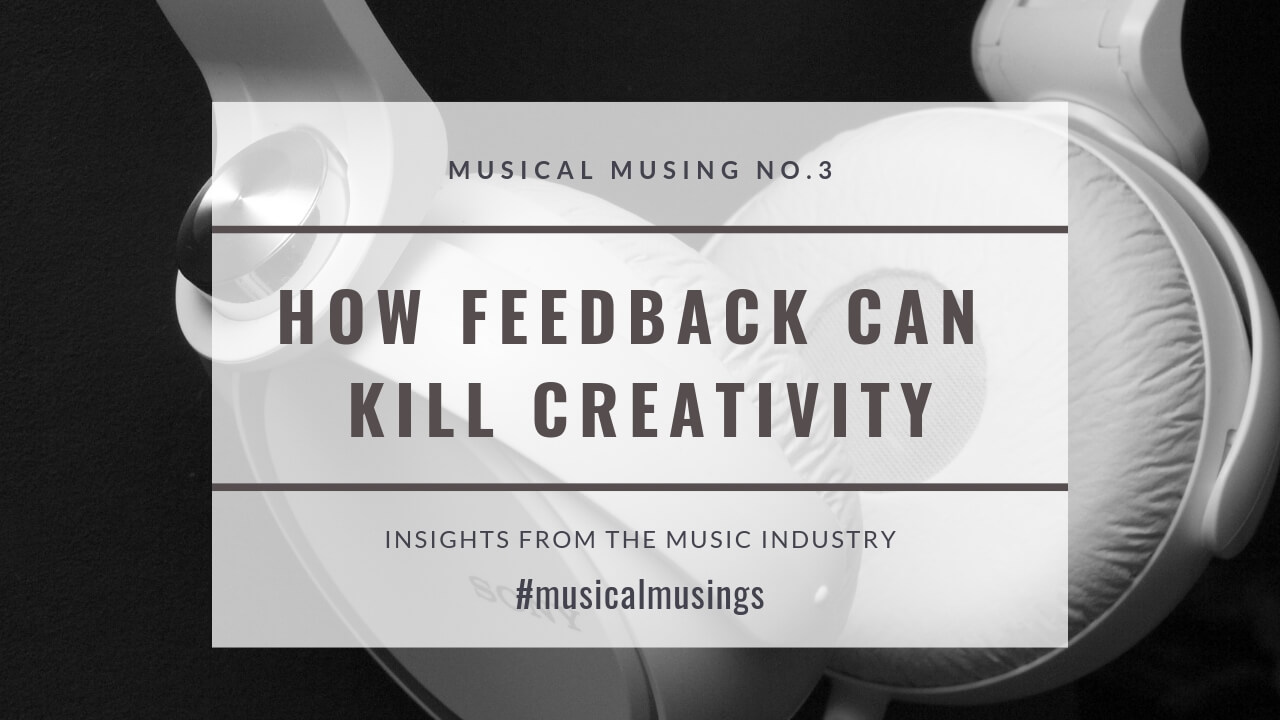 Feedback is incredibly valuable. From the right people. People who’s opinions you trust.

They don’t have to be musical. Indeed a regular non musical civilian will listen differently and provide an alternative point of view.

My cousin is always one of my first ports of call because he’s ruthless and I often think that criticism is more valuable than praise.

Certainly with music it’s very valuable to sit with someone and play them a track for the first time. If at any point you find yourself making excuses for elements of the track… then they need addressing.

But can you ask for feedback too soon? C

Don’t Pee on My Fireworks

When a musical (or indeed creative) idea is in its infancy, feedback can kill it.

Think of a delicate seedling pushing it’s head above the topsoil. If someone were to urinate on it, it would probably die.

However, if you shelter it, water it and nurture it over several months, it will eventually grow to a point whereby it can withstand people peeing on it.

The same is true of a musical idea. Criticism early on could sew a seed of self doubt and end up killing off the idea.

I was working on an album for Universal Production Music a few years ago and I played the very rough demos to a couple of composer friends. They didn’t criticise it but they didn’t get it. Their lack of enthusiasm made me question whether it was going to be any good.

I had the confidence of my convictions and persevered and the album was a huge success. But it could have died in those few moments had I let the feedback sway me.

As creatives we have a vision. Often that vision can only be truly communicated by the finished product. Even other industry professionals can lack the imagination or context to hear past a demo.

So it’s always good practice to the let the idea and your confidence grow to a point whereby you can weather any potential criticism.

Dare to be Irreverent