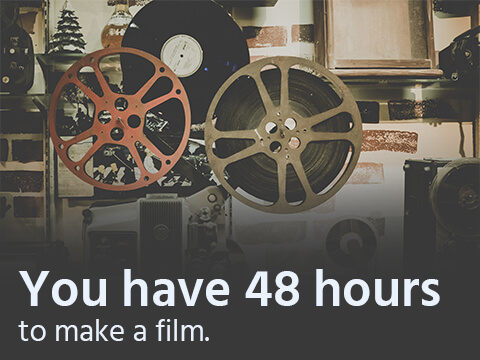 The 48 hour short film challenge is as the name suggests. On the Friday evening you are given a film genre and props/characters that must feature in the film.

You then have 48 hours (which is more like 72) to write, produce, film and edit the film for submission. Sounds impossible I know, but it isn’t. In terms of music it would make sense to use library music just for the fastest possible turn around. Never one for talking the easy option I offered to provide composed music for the film score for one of these projects.

A comedy featuring a detective was the genre so musically we opted for a ‘film noir’ feel. In all honesty I did most of the writing on the Sunday because the production was way behind schedule but I was very happy with the results. I don’t have the footage but I do have the music so happy listening: