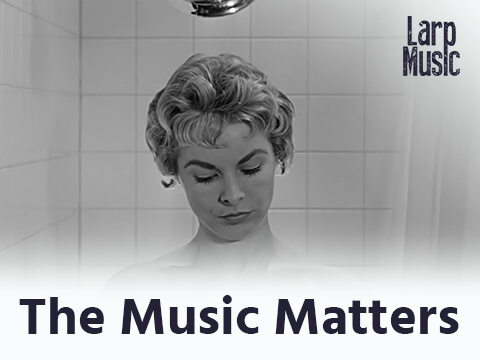 Proof that #TheMusicMatters! Have you ever watched a horror film and covered your ears to handle the terror?

Music has that effect on you. It makes a fictional story seem real.

We’ve taken this classic shower scene from Psycho and reimagined it with alternative music. It’s a powerful way to grasp the role of music in film.

The altered music makes it suddenly clear how evocative music is and the vitality of its role in filmmaking. But it also draws attention to the lighting, depth of scene, camera angles, timing and acting. Even with different music, this scene remains ominous. Is that because we know this scene so well? Can we separate the cultural context of Psycho from this experiment? I fear not.

Regardless, this is a powerful example of why #themusicmatters and an effective demonstration of the skill of filmmaking at work.

We had some more fun recreating this clip of ravers at a festival – a social media oldie but a goodie. Watch it now with our original composition over the top.